Cinnamon is a CCMS

CCMS stands for Component Content Management System. A CCMS is a ​CMS specialized in the management of modular data, enabling re-use of modules (like text modules or pictures). This is particularly useful in applications like the management of technical documentation.

There are a number of qualified CCMS solutions on the market. But they have in common being not only specialized in technical documentation, but being limited to technical documentation. Once it comes to management of any data with any metadata, interfaces to other systems and arbitrary workflow templates, most of these systems run into restrictions.

But not Cinnamon. Modular technical documentation is one specialization of Cinnamon's powerful, generic CMS platform.

Cinnamon is an ECMS

ECMS stands for Enterprise Content Management System, but this term is not as cleanly defined as a CCMS. Seen as a system category, ECMS stands for systems capable of managing all types of data, structured content just like binaries including huge media content, assign metadata as needed and provide automation and processing interfaces. Seen as an IT strategy, ECMS is the integrated view on enterprise data, providing views across systems and making it transparent to users where data comes from. Cinnamon serves both fields with its open, XML-based metadata model and its strong and flexible interfaces. 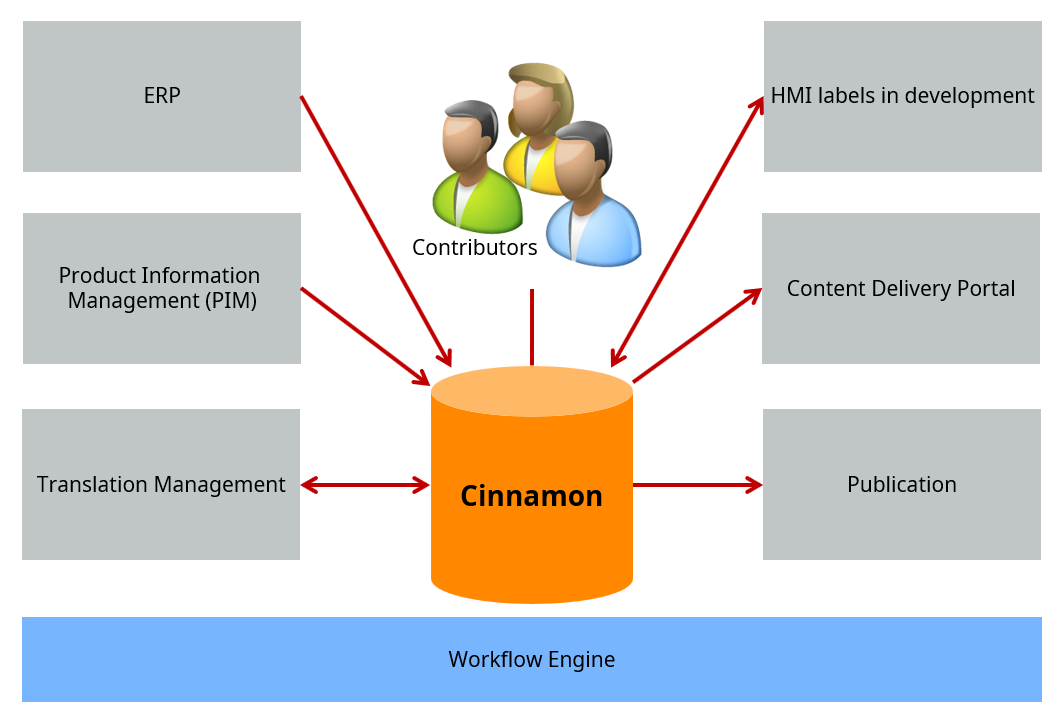 Cinnamon is an Open Source system

If you have already evaluated commercial products in the above categories, you surely have found out that vendors charge significant amounts of money for their products. Cinnamon is based on a server platform that is completely free and Open Source, and contains a fully Open Source desktop client. Anybody can use the system within the terms of the applicable Open Source licenses. For professional users, we provide enterprise setups with an extended software edition, maintenance and professional services. There are also further commercial Cinnamon extension modules available, like editor integrations, LDAP connector, content cache and others.

But even with commercial add-ons: with the exception of editor integrations, all licenses are per-site, there are no user licenses. If you run a Cinnamon system, you can add users as you like, without paying any user-based extra fees.

Note: See TracWiki for help on using the wiki.